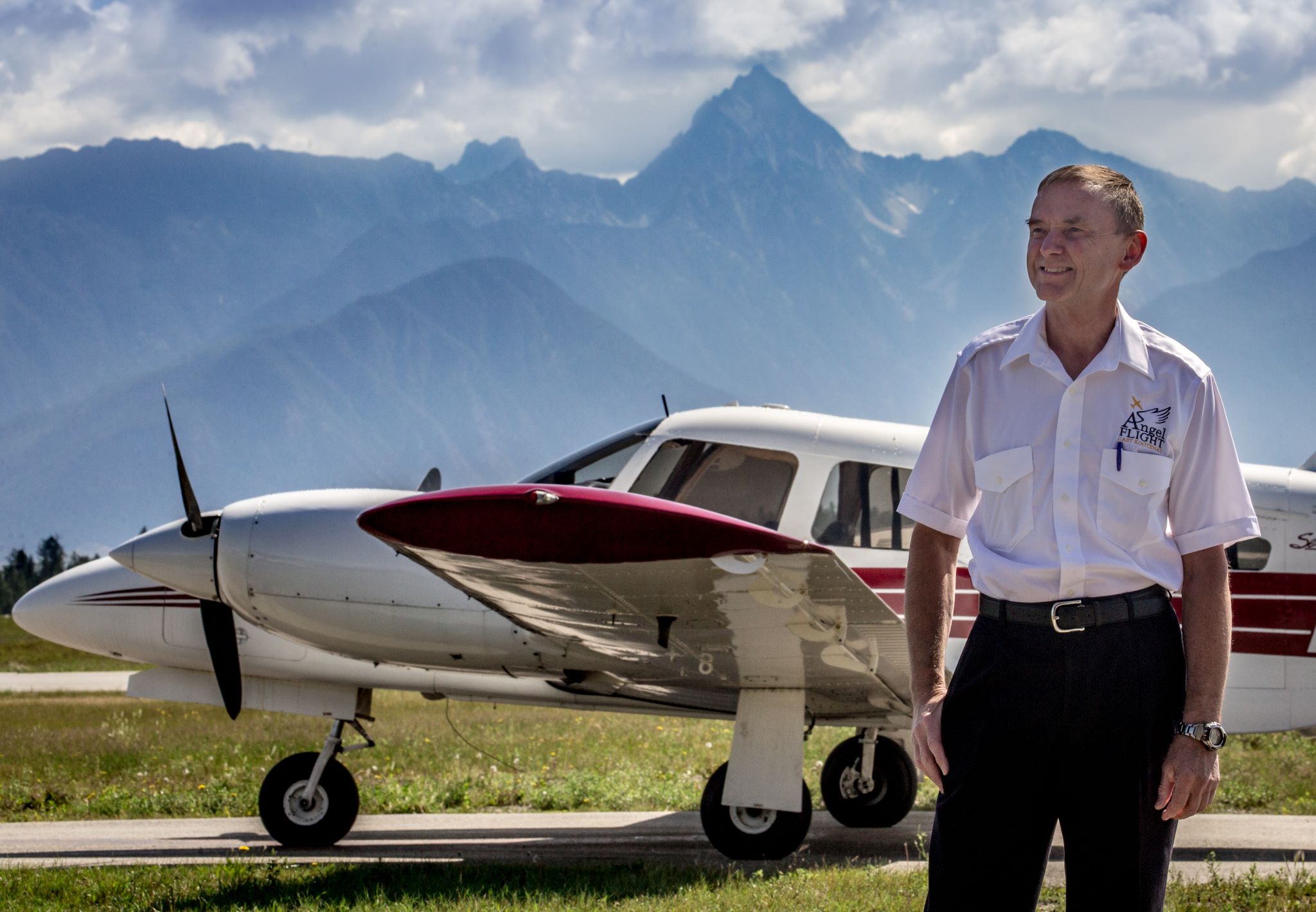 We hope you had a restful and joyful holiday season filled with good beer.

With a new year comes a new Cheers to Charity recipient, and we’re thrilled to be supporting Angel Flight East Kootenay. We sat down with Todd Weselake in December 2019 to chat about how the program came to be, what they do, and how the dollars from Cheers to Charity will be helping this wonderful organization and the people they support.

FBC: Hey Todd, thanks for joining us today, glad you could make it before the busy holiday season! Let’s start with where the idea for Angel Flight came from.

Todd: Angel Flight came to fruition over the winter of 2018/19. Brent Bidston (the organization’s President and Lead Pilot) used to be a paramedic in town, before that he was an airline captain, and Brent saw the issues first hand with people trying to get to Kelowna or elsewhere for medical appointments; and how some were even deciding not to attend these appointments due to the logistical challenges.

He was always trying to figure out a way to fix that problem and saw that having the ability to fly people around, and the time to do it could be the solution. He started working on the plans last winter and then in May 2019 decided to launch the program.

FBC: And how did you get involved yourself?

T: Myself and Brent both do the Elk Valley Air Search and Rescue, which is how we know each other and how I got involved in Angel Flight.

FBC: Was there someone specific in mind that the program was created for to help?

T: No, not one single person. We saw that there was a need for this service and wanted to help these people that were unable to make their appointments. We realized this issue was larger than you’d expect and quite widespread. Just the fact that people were deciding not to attend appointments because of what it takes to get there is pretty problematic. You might expect to see this in the far reaches of the Northwest Territories, but it shouldn’t be a problem here.

FBC: How far are the parameters of where you’re flying people?

T: We’ll take anyone from the East Kootenay’s­ and right now we’re flying out of Cranbrook. We hope to be flying out of Sparwood in the very near future, and we have some new pilots coming online out of Creston as well. So, we’ll be able to fly people from Nelson, Creston and that area, all the way over to the Alberta border, and from Golden south to the US border. It’s a pretty huge area to cover!

FBC: Are there specific challenges with the geographical area you’re covering?

T: Absolutely, we’re flying people across multiple mountain ranges all year long. We have a twin engine airplane which costs a bit more to operate. Honestly, we picked probably one of the hardest places in the world to try to pull this off.

FBC: Yeh, don’t make it easy for yourself!

T: But it’s working so far which is awesome.

FBC: Are yourself and Brent the only pilots?

T: Originally it was just me and Brent, we now have another pilot on board from Cranbrook. She does the waterbombing for firefighting in the summer, so doesn’t fly very much in the winter, so has kindly offered to help us out. Then we also have a new pilot coming online in Creston as well.

When we started out it was just me and Brent doing absolutely everything, and now we have a couple more people helping out with the fundraising and other elements.

FBC:  How many flights have you done since May?

T: Yeh, and it’s only growing! Unfortunately, with this weather we had to cancel a few flights. We can fly in some adverse weather as we’re both instrument rated pilots, and the airplane we have is a twin engine, but this type of snowy, warm weather is sometimes a bit too much for us unfortunately.

FBC: That many flights, you guys have been busy!

T: Yes, we have and we actually have 10 more between now (mid December) and Christmas, it’s really starting to pick up. When we first started, we worried if we’d be able to get the fundraising and the people; but it’s just exploded.

FBC: Word of mouth must play a big part in how people are finding out about the service?

T: Exactly, word of mouth has helped spread the word that we’re up and running. It was easier to get funds then it was to get patients at the start, but now we have plenty of patients. I think at the start, a lot of people didn’t want to use the service. They were thinking, this is a free service I don’t want to take advantage, but we’ve been really trying to push to tell people we don’t means check, it doesn’t matter what your background is, this service is just there to help people.

FBC: What’s the process if someone would like to use the service?

T: If they head to our website which is www.angelflightek.ca ,there’s an online form they can fill out, and this goes to Brent’s wife. She reads it and she’ll call you back, so it’s a very simple process.

FBC: What will the funds raised from Cheers to Charity be used towards?

T: Funds raised directly help pay for the cost of fuel, and also a little bit goes towards the cost of maintenance for the airplane. It’s a fully volunteer run program, so none of the team is taking a wage for their time.

FBC: How are you all fitting this into your schedules?

T: Well Brent is retired so this is now his full-time job, the same for his wife Jan. Myself, I run a photography business in town, so I can make those two schedules work around each other. I also just finished all of my pilot training, so I’m in the process of making a career out of it, so during that transition time I am available to continue with Angel Flight.

FBC: Obviously we’re hoping to see lots of people in the Tasting Room through January and February supporting you guys, but if people wanted to support you in a different way how could they do that?

T: You can go to the website and directly donate to us there at https://www.angelflightek.ca/#donate

Priority is given to cancer patients, children and their parents, however, anyone in need will be considered. 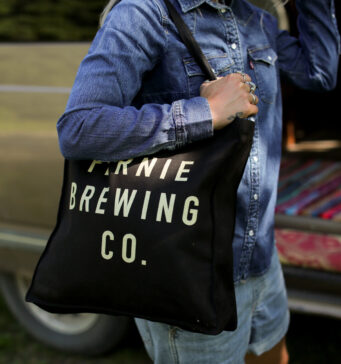 In response to Covid-19, we are bringing you FBC FLYBY - our new pick up service for online beer and merch orders.